In humans, mastitis is quite common and symptoms develop rapidly. Most cases are thought to be caused by milk that is not expressed regularly and causes flu-like symptoms, fever, and swelling. 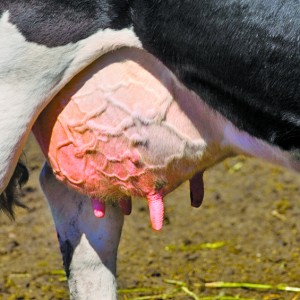 This is the basis of most treatment regimes. There are two choices: intramammary antibiotics, classic mastitis tubes and systemic antibiotics given by the intramuscular or subcutaneous route.

Intramammary antibiotics should be the first-line treatment for cows with mild mastitis without complications in a quarter.

Systemic antibiotics must be used when more than a quarter is affected, when udder changes are marked or when the cow is clearly sick. With the help of the latest technology, you can easily identify cows with high SCC immediately.

Combination therapy, with systemic and intramammary antibiotics, can increase bacteriological cure rates but should only be used on the advice of your veterinarian.

Reliable methods should be followed to treat Mastitis in dairy cattle.

This is a drug like aspirin which reduces inflammation and pain associated with mastitis. They have proven to be very useful in cases of severe mastitis, but there is now increasing evidence of their use in mild to moderate cases.

There are four reasons why treatment does not return to normal:

1. Wrong antibiotics – organisms that cause mastitis that are not killed by the treatment chosen

2. Not enough antibiotics for a long time at the site of infection – even if the bacteria are killed, not all of them and return after the end of treatment.